A stereotype-dismantling onion farmer from Idaho tells us about his life and business as one of the top 5 onion farmers in the U.S.

Shay is the third generation to run the onion farming operation; he notes, ‘I didn’t know I wanted to be a farmer. In fact, I didn’t want to be a farmer ever. I thought being a farmer was cool. I was proud of being a farm kid. But I didn’t know how if I would go back to the farm.’ Shay interestingly reasoned that what was holding him back from the family business was how he looked at farm life. ‘I had to rethink how I understood farming… I began to look at the farm as a business rather than only a lifestyle. Don’t get me wrong, farming is definitely a lifestyle. Still, the mistake we make is looking at farming as a lifestyle instead of a career or a business. We pay less attention to our margins and our profitability.’

Shay’s mentality shift came to him after finishing college. He began to look at the business that his grandfather had built as an opportunity. The farm was built in the late 70s and was entirely family-run. Two of Shay’s uncles went back into the family business to help his grandfather run farming operations. Shay realized that his contribution to the family business would be very different from those who came before him. ‘I saw that they needed someone to run the business and run it as a business and that I wasn’t going to be just another farmer. And then another piece of that was the legacy. My grandfather spent his entire life working to create the opportunity for future generations to come back. He wanted us to come back and have something to return to.’

And so, in 2005, Shay came back to the family farming operation full time after finishing college. At that time, the farm was growing onions for custom packers. So, a few 100 acres of onions were produced every year, going to another packing operation, then packaged and sold. Shay’s grandfather and uncle had enough vision and tolerance for risk that they propositioned a plan to start packing and selling their own onions. Shay joked that ‘they threw me to the wolves. They put a lot of trust in me, especially with the maturity and experience I had. They put me in a rented packing facility and put me to work. When we started to pack our first year, it happened to be a good year, and in our second year, we could afford to build our own packing facility. We were doing about 200 acres of onions, which is funny to compare to the 1500 acres that we pack today.’

Although it was ultimately the right call, Shay understands and is mindful of the risks his family endured and their tolerance for the massive mistakes he made. He is grateful for what he coins ‘generations one and two for their willingness to allow him to make the mistakes. ‘We’ve gained that market share because of the unique ability as a grower, packer, shipper. We handle all the verticals…we grow the crop, pack the crop, market the crop, and even process a portion of that crop into holding peeled onions and other items. We want to be connected to that value chain of things, and we can react very quickly to our customers. That’s what’s gotten me here. That’s what excites me about this business. And you know... that’s the future.’

One thing that was interesting to note was Shay’s take on experience. He stated, ‘I didn’t know anything, right? And in some ways, that was to our advantage because I had so little experience; I didn’t know what couldn’t be done, right. And so we pushed to do things that other people would have thought were crazy, but we didn’t know that they were crazy because it wasn’t part of what we were already doing. So not having the experience was to our advantage. And certainly, it cost us a lot in other ways.’ Shay gave us an example of his unorthodox farming choices that became unexpected successes. ‘So the typical start date for growing onions in our district is September. If you wanted to be early with farming, traditionally, you could push it, and you would do it in the third week of August. We slowly moved our start date back by changing varieties and harvest practices. This meant we could move our start date from the first of September to the third week of July. We picked up another five, almost six weeks of packing ability to serve our customers because we didn’t know that that couldn’t be done. But that was something that we didn’t think we couldn’t do. And we just did it.’

Shay also shares his life experiences on the farm through his TikTok account. In the process, he has managed to gain over 400k subscribers and over 6 million likes! We wanted to know more about his social media presence and why he decided to share more about farming in the first place. Shay explains that there were many reasons why he started his TikTok account, ‘Number one, as someone selling our crop, you can’t ask for more money for something unless people understand what it takes to create, grow, or deliver that onion to the grocery store. So we do many things, and many people take for granted where their food comes from. Until they see all of the volatility and challenges with what you do, they’ll never give you more money.’ He also explains that many people have the perception that farmers are the big polluters. ‘We’re the ones that are emitting the most carbon. We’re the ones that are exploiting our workers; we’re the ones that are, you know, insert whatever, you know, derogatory comment there you want. And that’s simply not the truth.’

Part of dismantling these misconceptions for Shay has been using TikTok to educate people on how farmers are actually working to tackle problems of pollution and efficiency. Shay has used his voice to speak his truths, and he is on a mission to encourage other farmers to do the same.
We dove a little deeper into Shay’s own experiences and asked him what he saw as his biggest challenges as an onion farmer. He reminisced on his earlier assumptions of how selling produce worked, ‘I really thought if we took an onion and put it in a bag, it would sell itself, but that really was not the case. So the biggest challenges were number one, finding customers to buy our produce. And number two, finding the right customers to buy our produce. You don’t want to just have someone take your product; you want someone to take your product and appreciate it.’

On the flip side of this, Shay recounts that when this challenge is overcome and done right, it becomes a gratifying experience. Seeing his own produce in stores across America makes him immensely proud of his job as a farmer. Shay humbly states, ‘I’m probably not good at counting my wins. But my biggest source of satisfaction is to walk into a store, whether a food service distributor or a retailer, and see our brand and produce on the shelf. I recently traveled to Florida, which is 2800 miles from Idaho. I walked into one of the Walmarts, and it was our onions that Floridians were choosing to buy. The win for me is seeing our product on the shelf and knowing that someone will take it home and share that meal with their family.’

It was such a pleasure to chat and learn from Shay. He represents a future of farming that is willing to learn and adapt to one of the most challenging industries in the world, agriculture. 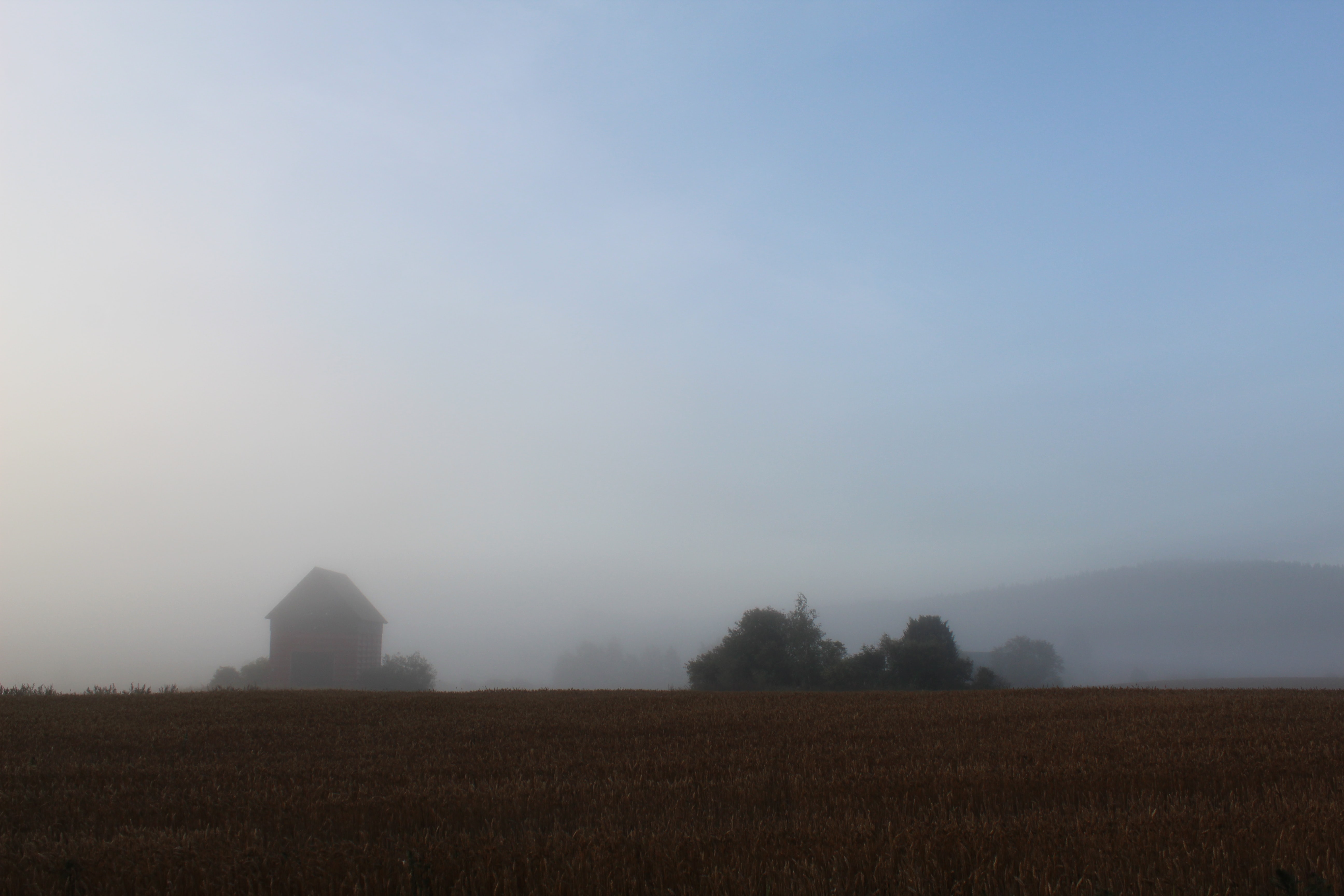 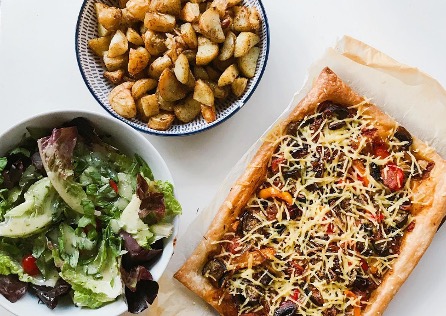 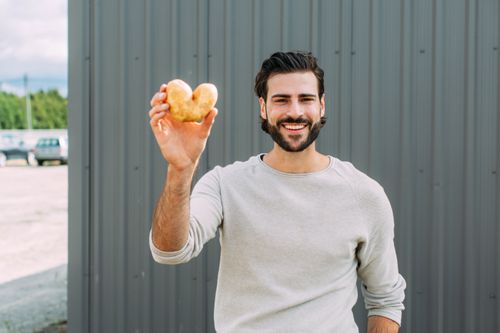